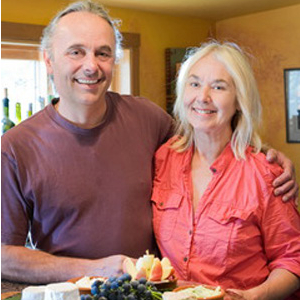 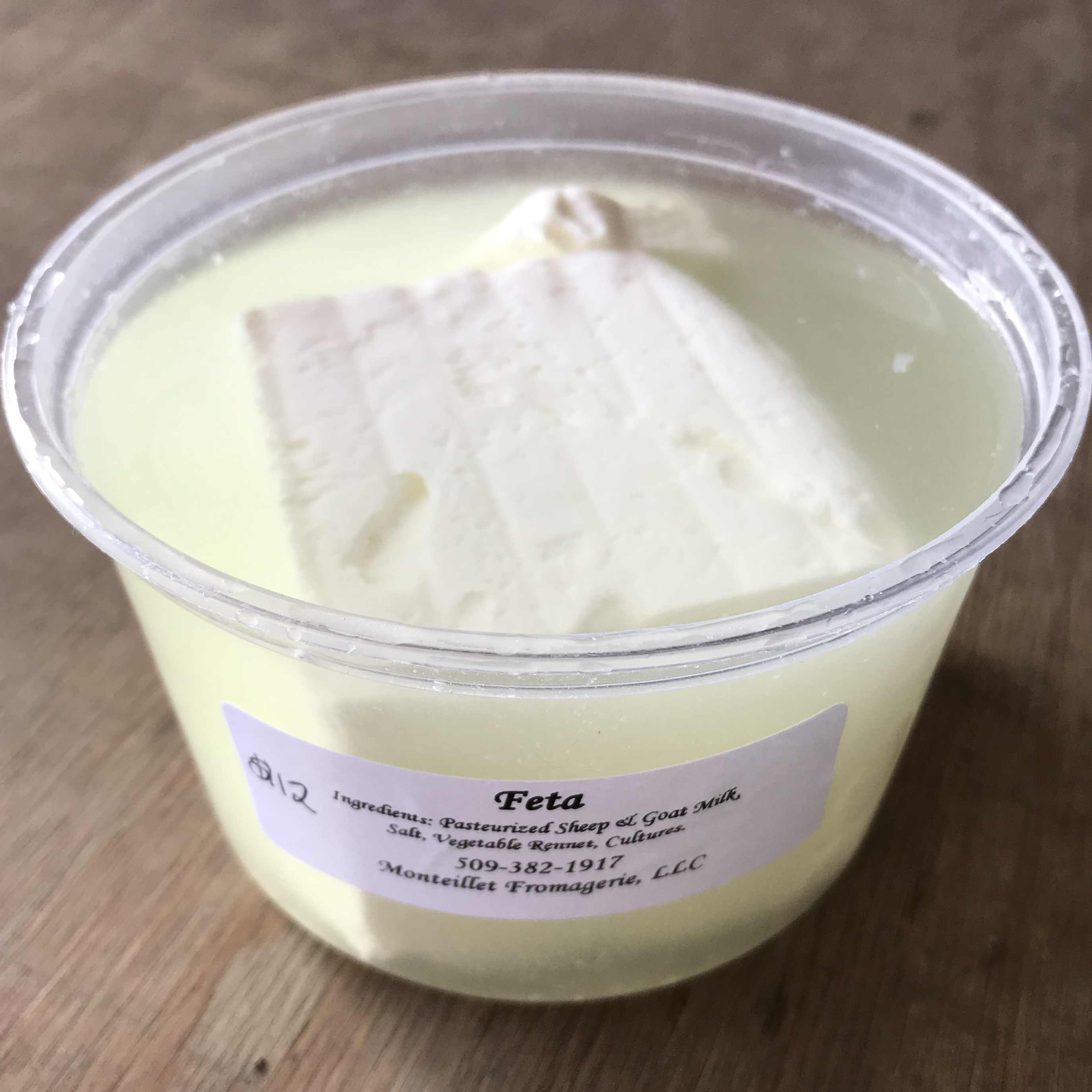 Monteillet Fromagerie
Contact: Joan & Pierre-Louis Monteillet
Address: 109 Ward Rd Dayton, WA, 99328
Email Address: monteilletcheese@gmail.com
Website: https://www.monteilletcheese.com/
About Us
Pierre-Louis and Joan Montiellet raise 50 French Alpine goats and 50 Friesian and Lacaune sheep on their 32-acre farmstead in Dayton, Washington, 28 miles northeast of Walla Walla. Pierre-Louis moved to the United States in 1979, after he met Joan, a glass and ceramic artist, in Mexico. They farmed wheat for 16 years at her family’s farm in Eastern Washington. Several years ago, they decided that making small batches of cheese from sheep (brebis) and goat (chevre) milk was more suited to them. But let’s start at the beginning.
Practices
In 2001, Pierre-Louis Monteillet returned to France’s Roquefort region, where he grew up, to learn how to make cheese with Dominique Castanier. Armed with traditional techniques and Joan’s animal-raising skills, the Monteillets churn out French-style cheeses that partner well with Walla Walla’s world-class cabs and merlots.
Countryside, Millau, France

Their artisan cheeses are made by hand in small batches. The Monteillets raise their own goats and sheep for milk, almost entirely cutting out middlemen, other than feed suppliers. Farmstead cheesemakers have to buy alfalfa hay and, sometimes, grain for their goat and sheep herds, so the rising costs of feed fit into the equation of handmade cheese’s sometimes lofty costs.

Like a winemaker, Monteillet believes his cheese should reflect the terroir. “Our cheeses are made with the idea of terroir. Maybe it’s not scientific, but we try to capture the taste of the land in the same way that Old World wines hint of the earth where the grapes are grown.”
Monteillet Farm, Joan & Pierre Louise

Monteillet Fromagerie is a vibrant community of work and life in the heart of Washington wheat country. As a true ecosystem centered on our farmstead artisanal cheesemaking operation, the Monteillets strive to foster a lifestyle that is creative, both physically and spiritually, as well as economically.

Using our farm-grown produce and meats: pork raised on pasture and whey, free-range lamb, goat and chicken all natural and antibiotic-free, we host special Farm-to-Table events at our newly completed timber-framed, shady cooking pavilion during the summer and fall where all our interns will be involved in the productions.

Events will be posted on this website and on our FaceBook page. Please call Joan at 509.876.1429 for schedules and private appointments.